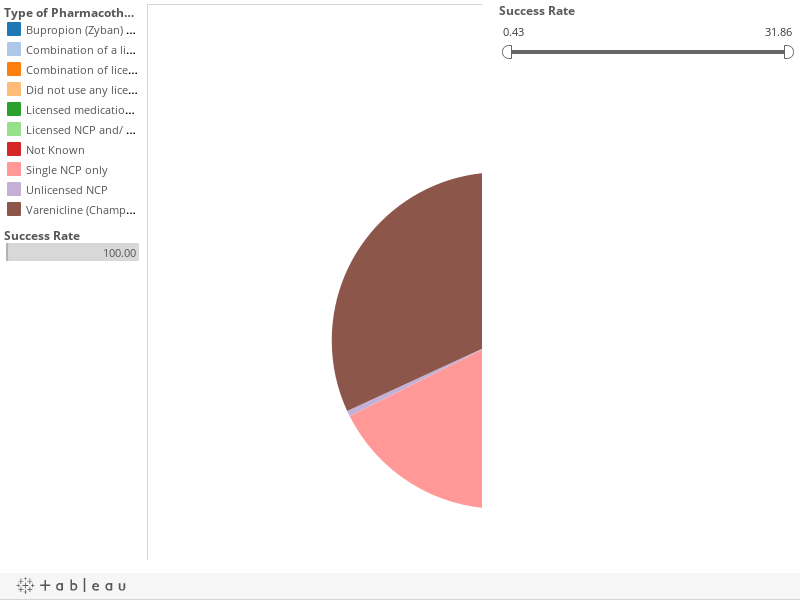 Varenicline is deemed the most preferred smoking cessation drug to enable smokers to kick the habit. According to the latest statistics by the Health and Social Care Information Center, the National Health Service’s Stop Smoking Clinics carried out a pharmacotherapy involving the drug which has produced the highest number of smoking quitters. Out of the 44,742 participants who have been declared tobacco free, nearly one third (31%) received treatment involving the prescription drug widely known as Champix. This is followed by the combination of nicotine cessation products (NCP) which produces 30% of the successful quitters.

Varenicline treats smoking addiction by binding to nicotine receptors in the brain which is normally stimulated by presence of nicotine, the main chemical in tobacco products. Unlike nicotine, varenicline stimulates the receptors more weakly, reducing the rewarding pleasures of smoking while simultaneously alleviating withdrawal symptoms. Consecutive dosage from 7 to 14 days gradually decreases smoker’s dependence on tobacco.

NCP comes in the form of chewing gum, skin patches, inhaler, nasal spray and lozenges. While its mechanism of action is similar to varenicline, NCP largely consists of nicotine albeit in small doses compared to tobacco. This pharmaceutical intervention works by releasing low level nicotine into the bloodstream to gradually reduce smoking cravings. NCP is either applied as a single medication or in combination of two or more types of NCP.

Varenicline has been clinically proven to be more effective in inducing smoking cessation compared to combination of NCPs. According to clinical epidemiologist Prof Dr. Daniel Kotz who conducted a prospective cohort study comparing both pharmacotherapies, varenicline can be taken by smokers with minimal professional support and its low risk of adverse effects appealed more to aspiring quitters.  Furthermore, varenicline is more convenient compared to NCP combination which smokers need to take various forms of nicotine administration on a routine basis.

Buproprion is the least preferred choice of pharmacotherapy intervention due to its link with seizures and elevated blood pressure. Moreover, a significant amount of stop smoking patients who are pregnant and have serious alcohol dependence are advised from taking buprorpion as it will lead to severe health complications. The 1.95% of successful quitters due to combination of NCP with either varenicline or burpropion largely consist of heavy smokers. They normally require fast acting interventions such as inhaler and nasal spray to reduce cravings while simultaneously taking quit smoking drugs to gradually reduce stimulation of the nicotinic receptor, thereby reducing nicotine dependence.