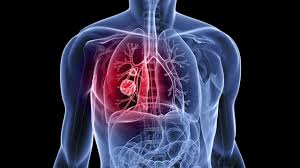 I was 21 years old when I took my first spirometry test as part of a physiological practical session. It is the most common test to determine how well you breathe in and out. The device measures your maximum volume and speed of the air that can be inhaled and exhaled. Originally used for diagnosis of respiratory illnesses such as asthma and chronic obstructive pulmonary disease (COPD), the device now allows a medical practitioner to estimate the age of your lungs using the measurements obtained. After conducting the calculations, I was shocked to discover that I have the lungs of 65 years. How can this possible? I do not smoke. I jog regularly. Why is my lung age three times my actual age?

According to respiratory expert Dr. Adrian Draper, as age progresses, the breathing capacity of our lungs decreases. “Over the years, lung tissue becomes brittle. Breathing can be impaired so less oxygen gets into cells.” He also said that lung age can be influenced by factors such as height, weight, ethnicity, and lifestyle. This development has prompted suggestions to include lung capacity in the same category as blood pressure and cholesterol level in determining physical fitness.

The spirometer test is just one of many modern medical innovations which enable medical professionals to measure the aging rate of our bodies. Specifically, it is now possible to determine the age of our organs known as “biological age” and how much it differs from our chronological age. The study on aging rate has been expanded with researchers at Duke University, USA identified 16 biological markers to indicate the condition of a specific organ. For example, levels of creatinine, a waste product regularly present in urine are measured to estimate the function of kidneys while levels of triglyceride, a type of fatty acid are monitored to determine the condition of the heart.

The Dunedin study involves a sample size of 954 individuals born in 1972-1973 based in Dunedin, New Zealand and tracked from birth to present. Using each biomarker levels derived from their respective organs, the team then correlates it with the chronological age of participants. This has led to the calculation that at 38 years old, the biological ages range from 21 to 60 years. The analysis of the biomarkers across chronological ages of 26, 32 and 38 years enable researchers to quantify each participant’s rate of physiological deterioration known as the “pace of aging.”

The pace of aging can be calculated to reflect physiological change relative to the passage of time. The study has shown that participants with advanced biological age experienced a more rapid pace of aging. A 38 year old with a biological age of 40 years was estimated to have aged 1.2 years faster throughout the study duration of the last 12 years. This shows that the aging process commences in young adulthood between 26 and 38 years old, contradicting popular belief that the process occurs later in life.

The novelty of this study is that it involves participants at early ages. Professor Daniel Belsky who authored the study said that previous researches on aging were conducted on seniors. “This makes detecting the mechanism of aging difficult because it can be hard to separate aging from a disease-specific mechanism”. He also stated that the significance of these findings can lead to early detection of age related illnesses at an, reducing potential health risks associated with pharmaceutical intervention at a later age. “The science of lifespan expansion may be focused on the wrong end of the lifespan. Instead of studying only on old humans, we should also study the young.”

The aging process may also be affected by a psychological factor. A study by University College London found that older people who felt 3 or more years younger than their chronological age have a lower mortality risk compared to those who felt older. The study which was conducted by epidemiologist Professor Andrew Steptoe compiled data consisting of 6,489 individuals, whose average chronological age was 65.8 years but whose average self-perceived age was 56.8 years. The mortality rate during an average follow-up period of 99 months were 14.3% in participants who felt younger, 18.5% in those who felt about their actual age, and 24.6% in those who felt older. While the mechanisms on the relations between feeling younger and the lower death rate have yet to be verified, Professor Steptoe said that interventions can be carried out in accordance with the change in self perceived age. “Individuals who feel older than their actual age could be targeted with health messages promoting positive health behaviors and attitudes toward aging.”

One might find comfort in the old saying “Age is just a number”. But these new developments in the study of biological age indicates that aging related problems can be addressed at an earlier age than we previously thought. So the key to health aging is a mix of lifestyle changes and being young at heart.